I pledge to protect and defend vulnerable people in the name of Jesus.

In America right now, too many people are feeling very afraid because of the new political realities in Washington, D.C., both because of the political rhetoric of this election campaign and how they were targeted as groups of people. In response, the message of Matthew 25 is rising up at the grassroots level and among faith leaders — within faith communities, congregations, denominations, seminaries, and faith-based organizations. It's the Gospel text where Jesus says: How you treat the most vulnerable is how you treat me.

People are feeling a need to act. Matthew 25 can lead us in what to do. And so we've created the Matthew 25 Pledge — just one sentence which simply says: I pledge to protect and defend vulnerable people in the name of Jesus. Clearly, many people in America are feeling quite vulnerable right now, but the Matthew 25 Movement — a broad collection of national faith-based groups, grassroots activists, heads of denominations and more — is focusing on three groups of people who are especially at risk under a Trump administration. So here we offer our starting point, pledging to:

This is the beginning. This is where to start now. But if and when other groups of people are targeted by government decisions or by hateful cultural responses, we who sign the Matthew 25 Pledge will also seek to surround and protect them. Rather than just watching, grieving, and feeling sorry for what is happening to the most marginalized, who are named in the 25th chapter of Matthew, we can pledge to join together in circles of support in the name of Jesus.

I pledge to protect and defend vulnerable people in the name of Jesus.

Religious Liberty
Faith communities must defend the lives and religious liberty of Muslims, threatened with “banning,” monitoring, and even registration.

Policing
When one part of the body suffers, the whole body should feel the pain and respond. Faith communities must respond to the pain caused our brothers and sisters in Christ by unjust policing.

Immigration
Faith communities already have the capacity to impose a clear domestic cost on any efforts aimed at mass deportation of those who have become our neighbors and fellow churchgoers.

We encourage you to take these toolkits as a starting point and implement them in your churches and communities, but also to stay connected with an organization that is in this for the long haul — for whatever a Trump administration brings. These are the groups behind this Matthew 25 effort. Find out more about them and join in the movement through any or all of these groups. 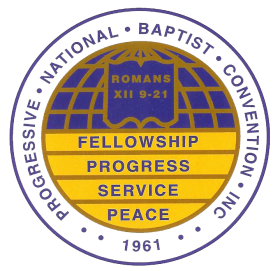